Originally posted on Mutt About Town. 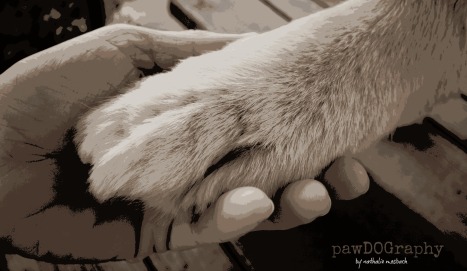 I stumbled across an interesting piece on NPR this morning from Robert Krulwich discussing the effect of emotions and interpretations on our perceptions of animal behavior.

The piece focused on a photo of a polar bear and a dog interacting. Thirteen years ago, the response to the photo was entirely negative, with individuals claiming the dog was being set up as “bait” for the vicious, killer polar bear. The present day reaction has been completely the opposite, with people embracing what they see as a deep friendship between two different species.

Krulwich explores the theory that recent media attention on the plight of the polar bears has changed people’s perceptions of the photo. Instead of a violent, predatory animal, people now view the polar bear through a different lens: one of endangerment and empathy. This lens casts a different interpretation of the photo among the general public.

Of course, this is just one theory, but it provides an intriguing launching point when it comes to humans and dogs. Much of dog literature is filled with emotions and interpretations instead of objective, factual science. Dominance and the myth of the “alpha dog” is a prolific example. We, as humans, are very concerned with dominance hierarchies. Our lives are filled with them in the workplace, among social circles, and in politics. It’s easy for us to view dog behavior through the dominance lens. If a dog is “disobedient,” he’s asserting dominance. If he enters the door before his owner, he’s claiming alpha status in the household. These nonsensical statements have been disproved by research time and time again, yet many dog owners still cling to the interpretations as fact. They perceive the behavior as dominant, therefore it must be true.

In Krulwich’s NPR piece, he interviews author Jon Mooallem, who asserts the narratives we create based on our perceptions affect how we view animal behavior. Krulwich writes, “‘Emotion matters. Imagination matters, and we are free to spin whatever stories we want about them.’ The wild animals, he says, ‘always have no comment.'”

Thus is the dangerous cycle we create for our dogs. Our dogs, like a PR rep for a politician, always have “no comment.” They cannot tell us when we are wrong. They cannot debunk our inaccurate perceptions of their behavior. It is up to us to change lenses so that we view our dogs’ behavior not through the lens of interpretation, but the lens of observation.

Even though our dogs cannot communicate through word or thought, they have given us a great gift: their behavior. Dogs’ behavior is the aperture through which we can decipher why they do what they do, and how to build consistent, reliable behavior without the use of force or pain.

Jean Donaldson identifies one particularly dangerous lens in The Culture Clash: The Walt Disney (aka Lassie) myth. “As soon as you bestow intelligence and morality,” she writes, “you bestow the responsibility that goes along with them. In other words, if the dog knows it’s wrong to destroy furniture yet deliberately and maliciously does it, remembers the wrong he did and feels guilt, it feels like he merits a punishment, doesn’t it? Well, that’s just what dogs have been getting – a lot of punishment. We set them up for all kinds of punishment by overestimating their ability to think.”

I don’t think it’s wrong that we access our emotions and interpretations of the world around us. I tend to be a very spiritual person when it comes to nature and dogs. But we should cultivate self-awareness so that we know what lens we’re using on our dogs – particularly when it comes to training and punishment. Is it the lens of science and observation, or the lens of perception and bias?

As long as we have that awareness, we are capable of switching lenses, like a photographer, to strengthen our training skills and give dogs a stronger voice.

Maureen Backman, MS is the owner of Mutt About Town dog training in San Francisco. She is also the founder of The Muzzle Up! Project. To get in touch, email her at muttabouttownsf@gmail.com.

Sunday musings on science and dogs: The lens of perception